The Club has been independently assessed and has been awarded the Cask Marque Certificate of Excellence.

Since 1997 Cask Marque has been ensuring that the cask ale you drink in pubs has been in perfect condition. Each year our 45 qualified assessors make over 20,000 visits to pubs in England, Scotland, Wales, Europe and even the U.S to check the temperature, appearance, aroma and taste of Britain’s favourite drink.

The Cask Marque scheme is operated by an independent body called Cask Marque Trust which is a limited company, limited by guarantee, and a non profit making organisation. The company is run by a management committee elected by its members. The members who pay a subscription include representatives from brewers, retailers, trade bodies and consumer groups.

The assessor checks all cask ales on sale for – temperature, appearance, aroma and taste.

All the beers must reach the required standard for the venue to pass.

Thanks to Dave Clarke for pursuing this accreditation of behalf of the Club. 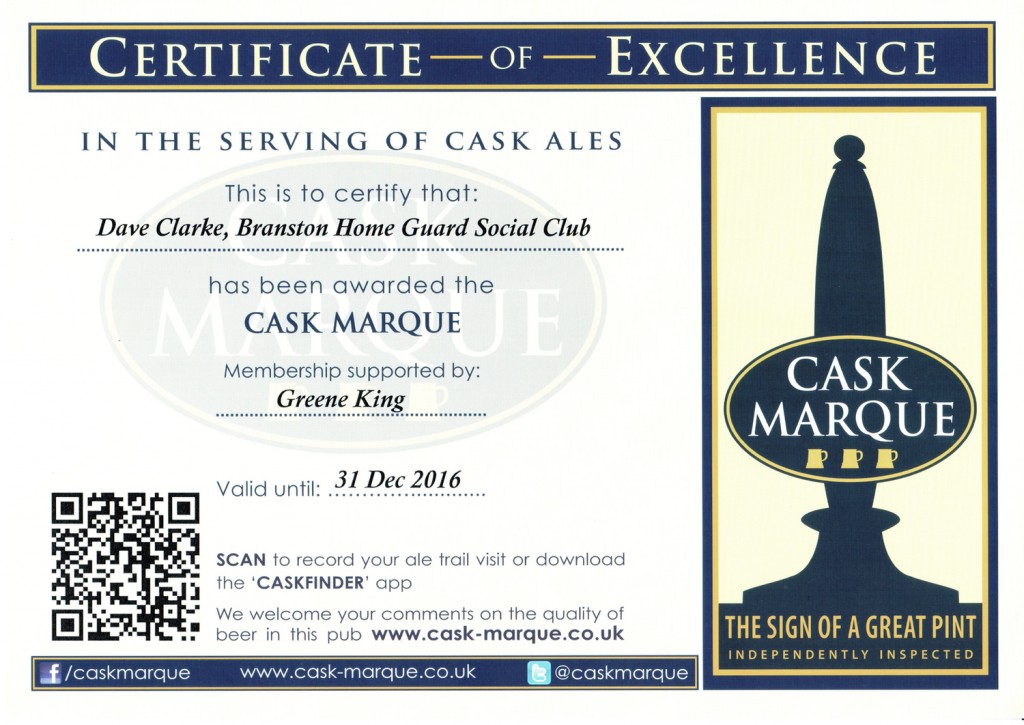